The Basilica of St. Anthony, often called Basilica del Santo, is a complex stately religious building which was started in 1232, a year after St. Anthony’s death.
The outside of the Basilica is a mixture of Lombard, Tuscan and Byzantine styles; the 8 domes and the 2 bell-towers are built in the oriental style. The golden angel on the highest dome is said to turn following the winds, thus giving exact weather forecast.
The 3 bronze portals of the façade were planned by Camillo Boito (1895).
The plan of the interior is cruciform, with the nave and 2 aisles that unite behind the apses and create a semicircle where 9 radial chapels are to be seen.
Big columns separate the aisles.
In the Chapel of the Saint you will find the tomb (sarcophagus) of St.Anthony, by Andrea Briosco and Gianmaria Falconetto.
Inside the Basilica there are important ancient and contemporary works of art, among which the Chapel of the Blessed Luca Belludi, entirely frescoed by Giusto de’ Menabuoi (1382), the Chapel of San Giacomo or San Felice with a beautiful cycle of paintings by Altichieri da Zevio (1374-78), the high altar with Donatello’s sculptures, among which stands out the Crucifix (the Gattamelata equestrian statue in front of the Basilica is also by Donatello).

Other works are by Sansovino, Briosco, Tiepolo, Titian, Achille Casanova, Ubaldo Oppi, Pietro Annigoni, and many others.
The convent cloisters are also very fine, especially the magnolia cloister, where you can see numerous works in marble and a century-old magnolia tree.
Facing the Basilica if you look to your right you can see the Oratory of st. George, chapel of the Lupi di Soragna family, built in 1377 and entirely frescoed by Altichieri da Zevio (1379-1384), the Scuola del Santo, which contains paintings related to St. Anthony from different time periods including those by Titian, and the Antoniano Museum, opened in 1995 to commemorate the 8th centenary of St. Anthony’s birth, in which you can find paintings, jewellery, paraments and sculptures. 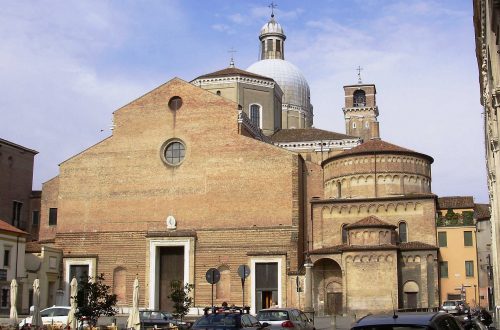 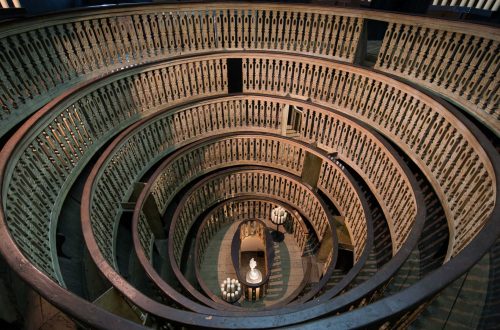 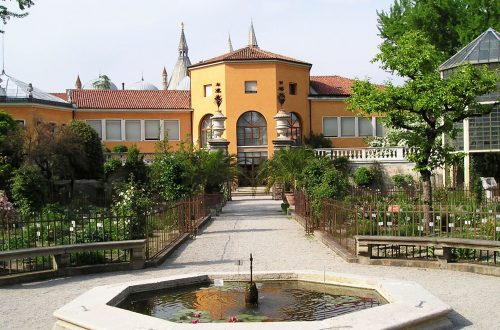 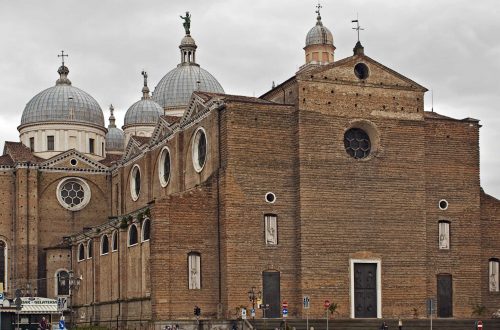 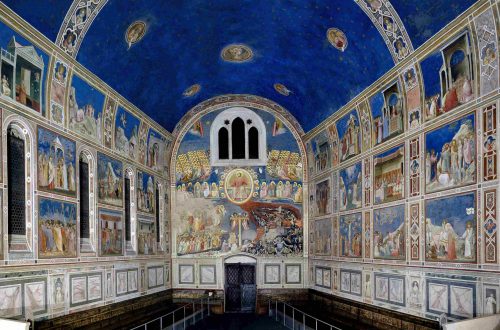 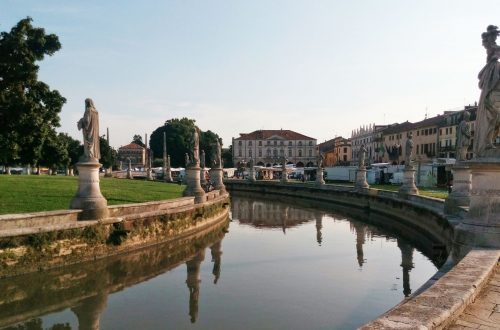 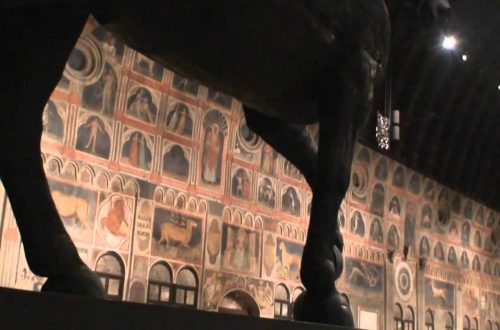